The whole team, along with family, friends and supporters spent an amazing morning at The Eden Project on 14 March. There wasn’t a dry eye in the house as Ken was awarded the British Empire Medal by Colonel Edward Bolitho, the Lord-Lieutenant of Cornwall.

This wonderful article on The Eden Project’s website says it all:

He has already been on the Happy List for making a positive difference to so many lives and today it was Ken Radford’s turn to smile in the sunshine when he was awarded a British Empire Medal.

The caring and charismatic founder of People and Gardens, which helps people with learning difficulties and mental health issues, was surrounded by family, friends and members of the group when he received the honour from Colonel Edward Bolitho, Lord-Lieutenant of Cornwall, at the Eden Project.

In a moving acceptance speech, Ken paid tribute to his incredibly dedicated staff and his wife Lorraine who, he said, pulled everything together and without whom there would not be a team.

People and Gardens is based at the Eden Project’s Watering Lane Nursery and Ken described Eden as “an incredibly passionate and compassionate organisation which epitomises what social responsibility is all about.”

He added that the greatest privilege he gets in life is that people give him their trust, especially the disadvantaged.

He then invited all the guests present to sing Happy Birthday to Lorraine as she was celebrating her birthday on the same day.

Paying tribute to Ken before awarding him the BEM, Colonel Bolitho said that an enormous number of people were put forward for honours but few were awarded them and Ken’s was an amazing achievement.

He added that Ken had been included in the Independent on Sunday’s Happy List of 100 outstanding people who had given back something to society and who had made a positive difference to the lives of others.

Ken was described as a deeply caring man who cares passionately for those he looks after, giving them positive messages and a place where they can grow in confidence and skills. Eden and the St Austell area are so much better for his unstinting work. 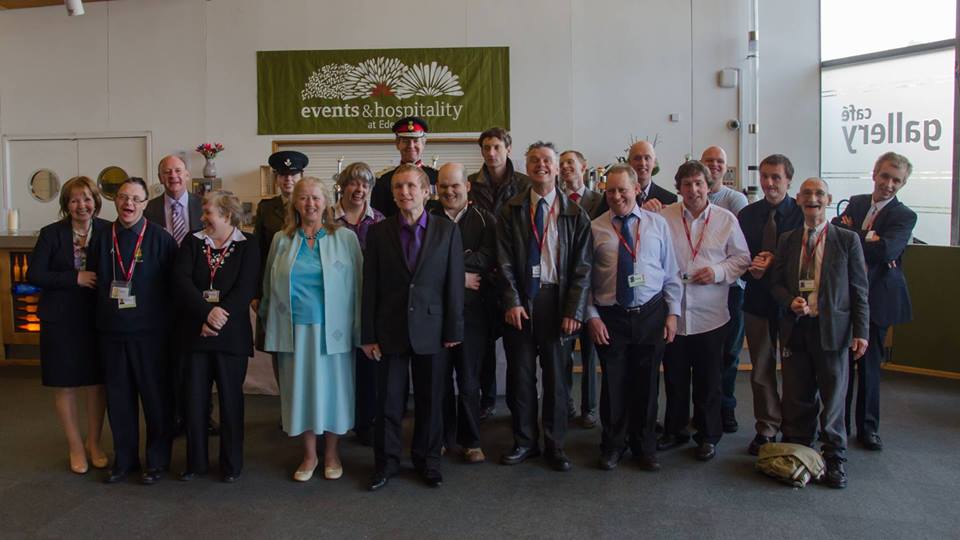 People and Gardens was established in 1997 to assist people with learning disabilities and mental health issues to develop work and social skills to enable them to take control over their own lives.

The aim was to enable them to develop as individuals and to have equality of choice and opportunity in the workplace.

Over the years, more than 150 people have learnt horticultural skills and grown food with the group and some have gone on to full-time study and employment.  Currently 45 people are involved, all living within 25 miles of Eden, and ranging in age from 16 to 70.  They have conditions such as cerebral palsy, epilepsy, mild dementia, depression, autism and Asperger’s Syndrome.

In recent years the group has launched a fortnightly delivery of the Quality of Life vegetable bag scheme in St Austell area. The latest enterprise is to grow mushrooms on coffee grounds supplied by Eden, Costa Coffee and others.

Sir Tim Smit, Co-founder of the Eden Project, said: “Ken Radford and his wonderful wife Lorraine represent all that is best in public service. Their tireless devotion to their team has created a safe haven and family to hundreds of people over the years. Ken’s work has been an inspiration to all of us at Eden and it would not be an exaggeration to say we are all pleased as punch that his work has been recognised in this way.”